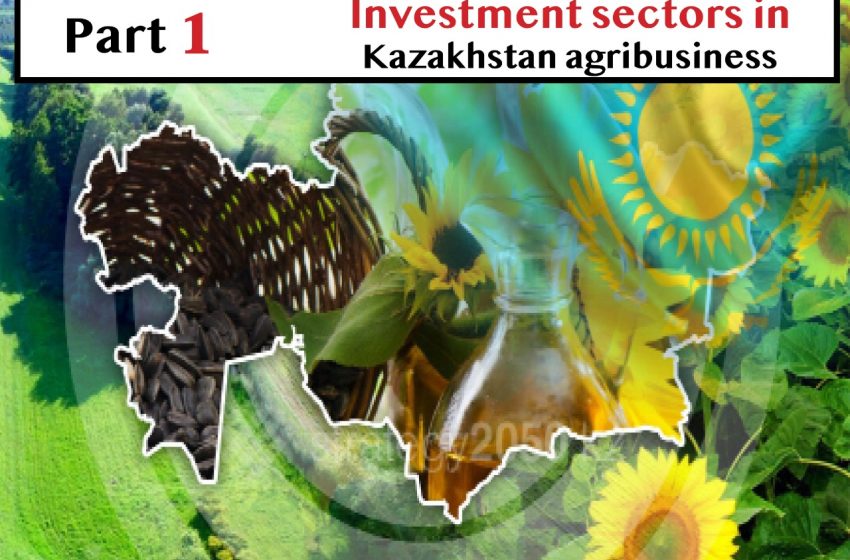 The sector has advantages of natural compliance with global environmental and food safety requirements taking the first rank in the world in terms of the lowest levels of chemicals used in the crop production (just 0.1 tonnes per hectare of cultivated area).
The country has also secured the status of a grain power, annually supplying 5-8 million tons of grain to the markets of more than 70 countries, and in the flour export over the past few years Kazakhstan has taken a leading position in the world, annually exporting up to 2.5 million tonnes.
The key factors of investment attractiveness of agro-industrial complex: land resources, human capital. About 20 per cent of the active population is employed in agriculture. The 50 per cent of the population lives in rural areas and is ready to work in the agricultural and agro-industrial complex.