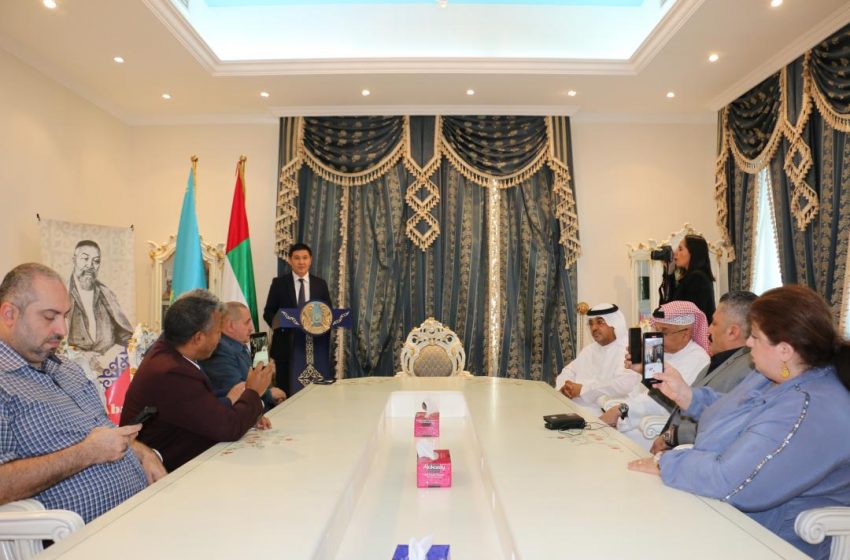 The event was dedicated to the current state and prospects for the development of cooperation between the two countries in various fields, as well as political and socio-economic reforms in Kazakhstan.

Ambassador Menilbekov also announced the holding of early presidential elections in Kazakhstan on November 20 this year, providing participants with information about the importance of this event, as well as about polling stations in the UAE.

In addition, during the press conference, two large-scale international events held in Kazakhstan this year were discussed -VII Congress of Leaders of World and Traditional Religions and CICA Summit.

In particular, the importance of the final declaration of the Congress was discussed, taking into account the experience and achievements of the UAE in the field of tolerance and coexistence.

At the end of the event, the participants exchanged views on the above mentioned issues.