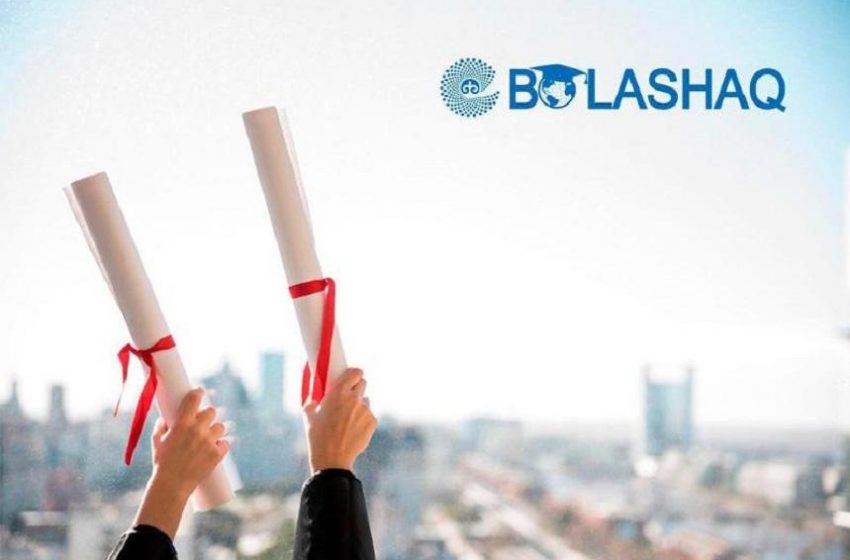 Astana – Kazakhstan’s Bolashak Presidential Scholarship is a program that gives a chance to talented young people to study abroad and it celebrates its 28th year of work on Nov. 5.
In 2020, the Bolashak program has seen several changes, including unconditional offer from an university, list of priority specialists based on labor market needs, and the stricter requirements for foreign universities eligible for the program. Photo credit: bolashak.gov.kz
In 1993, Kazakhstan’s First President Nursultan Nazarbayev signed a decree launching the program, the first in Central Asia, paving a way for more than 11,000 young people to receive a Western-style education overseas. More than 50 percent of those enrolled studied humanities and social sciences, and more than 30 percent studied engineering and technical specialties. The remaining 20 percent account for degrees in medicine and arts.
Despite the difficult time that the country was going through just two years after it gained independence, empowering young people has been a forward-looking decision. Many Bolashak alumni now work at public and private organizations to give back to their community and help their country prosper.
Until 2011, the program was sending students for bachelor’s studies abroad, but with the opening of Nazarbayev University in the Kazakh capital which offered Western-style education in the country, the decision was made to focus on master’s and doctoral degrees.
It is a “unique strategic project” and a “successful Kazakhstani brand represented by talented graduates, and Bolashak graduates work in a variety of fields and contribute to the country’s development. For example, around 800 scholarship recipients work in the health sector performing more than tens of thousands of complex operations each year. More than 800 graduates studied education and now work in educational institutions of different levels, including rural areas”.
On Oct. 28, the program closed its call for applications for the upcoming academic year. The selection process consists of three stages – comprehensive competency-based testing, interview with the national expert commission, and the meeting of the National Commission on Personnel Training Abroad that makes the final decision.
This year alone, Bolashak, which translates as future from Kazakh, will be awarded to 1,000 people, including 445 scholarships for master’s, residency, and doctoral programs, and 110 grants for internships for people working in healthcare, culture, sports, education, civil service, and engineering.
An additional 500 scholarships are allocated for scientists to train in the world’s leading scientific centers.
“The list of priority specialties in the Bolashak program for this year includes 80 specialties for academic studies and 137 specialties for internships. The list includes such relevant specialties as inclusive education, virology, urban studies, and the technology of new materials,” said the Bolashak Center for International Programs President Ainur Karbozova.
In 2021, the list of foreign universities recommended by the program consisted of  207 universities from 27 countries, which were included in three international academic rankings and listed in the top 250 in international academic rankings, including QS and Times Higher Education.
Acclaim from international partners
The program’s international partners also congratulate Kazakhstan on its 28-year anniversary.
Mike Shipman, Pro-Vice-Chancellor at the University of Warwick, commended Kazakhstan’s effort to support bright talents, describing it as “one of the most successful global scholarship programs.”
“The work undertaken by Bolashaq to build its international scholarship programs is truly commendable, equipping their graduates with the skills and talent to play a crucial role in the longer-term economic and social development of Kazakhstan. We are proud to have hosted many excellent Bolashaq scholars over the last 15 years and we look forward to continuing to do so in the future,” he said noting that over the years the University of Warwick received students at all stages of their academic careers from foundational students through to Bachelor’s, Masters and Doctoral students.
BY ASSEL SATUBALDINA in KAZAKHSTAN’S INDEPENDENCE