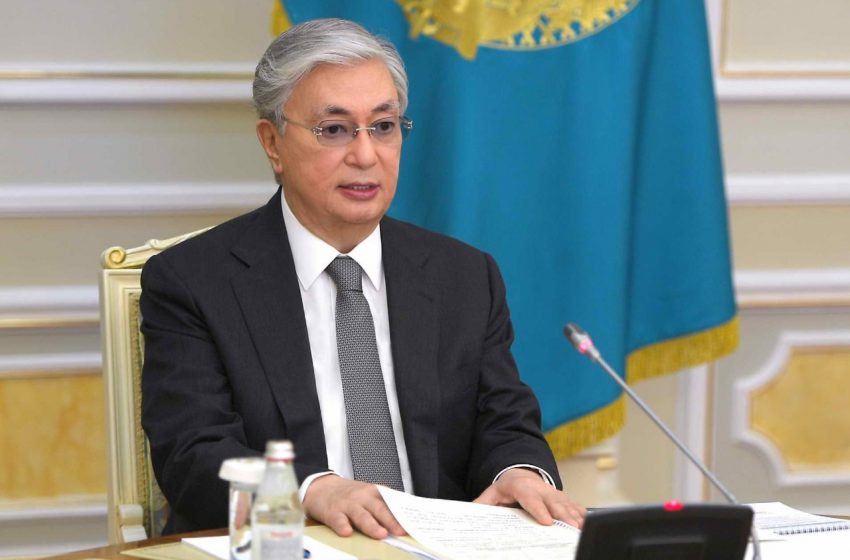 ASTANA – The economy of Just and Fair Kazakhstan will have no place for favoritism, said President Kassym-Jomart Tokayev outlining plans to reboot key institutions of the country’s political system, reload the entire system of values and establish a long-term trajectory for state-building during a solemn Oct. 22 ceremony dedicated to the Day of the Republic, reported Akorda press service.

President Tokaeyv speaking at a ceremony dedicated to the Day of the Republic.

“Our economic policy will be aimed at achieving real goals for the sake of the state’s long-term interests. Its essence is not in the pursuit of abstract economic growth figures, but in the creation of vast opportunities and equal conditions for people’s self-fulfillment and continuous improvement in their quality of life,” said the President.

“People are our main wealth, the primary engine of economic and social progress. This is why we will increase strategic investments in human capital and support our youth and socially vulnerable categories of the population in every possible way,” said the President.

Tokayev highlighted the country’s achievements in strengthening the human rights protection system and expanding the opportunities for creative social activity and political participation.

“In three and a half years, with the help of constructive dialogue and civil consolidation, we have achieved tangible success in the political modernization and democratization of the country. We managed to launch the process of radical transformation and renewal of the state apparatus,” Tokayev stressed.

Tokayev mentioned the national referendum on amendments to the Constitution on June 5. He said that the citizens “endowed it with the spirit of true justice and democracy by voting.” He also spoke about the measures taken to improve the citizens’ quality of life, demonopolize the economy and develop open competition.

According to the President, the Nov. 20 elections will establish a “political tradition” for a responsible presidency while setting a mechanism to prevent power monopolization. The elections for the Mazhilis and lower executive bodies, scheduled for the first half of 2023, will advance political modernization by broadening public participation in state governance.

“Thus, we will reboot and strengthen the key institutions of our political system and set a sustainable vector for long-term state-building,” Tokayev said.

“Our country’s voice in the international arena has become more powerful. We have consistently strengthened our role in regional and global politics. Amid unprecedented geopolitical tension, we firmly adhere to fundamental principles of peaceful and constructive foreign policy.  All this became possible due to the unity and solidarity of our people and the society’s stability and harmony,” said the President.