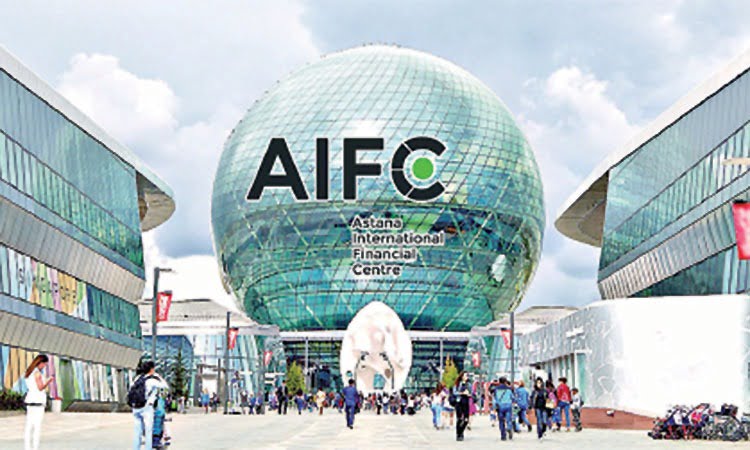 Independent audit records positive results of AIFC financial activities for 5 years
ASTANA. KAZINFORM The presentation of the report on the results of the assessment of the Astana International Financial Centre’s (AIFC, Centre) activities for 2016-2021 for the Management Board and the Kazakhstan Foreign Investors’ Council Association took place on the site of the AIFC.
The report, covering all aspects of the Centre’s Development Strategy until 2025 (hereinafter referred to as the Strategy), was prepared by Deloitte, an independent controller in the field of consulting and auditing, which is one of the «big four» audit companies. The presentation was conducted by Deloitte CIS Chief Executive Officer Mark Smith, the AIFC’s official website reads.
In accordance with the Constitutional Law of the Republic of Kazakhstan «On the «Astana» International Financial Centre» and the acts of the AIFC, Deloitte analyzed the financial indicators of the Centre, as well as the targeted use of budget funds allocated for the development of the AIFC.
The report, prepared in accordance with the best international practice, recorded positive financial results of the AIFC, compliance with the use of budget funds for the intended purpose, as well as the implementation of key performance indicators (hereinafter referred to as KPIs) set out in the Strategy.
It should be noted that the budget application of the AIFC is decreasing from year to year, and the amount of taxes paid by the Centre’s Bodies and their organisations, as well as by the AIFC participants, is growing.
The budget application for 2022 amounted to 9.97 billion tenge, which is 15.6% less than in 2021 (11.82 billion tenge).
At the same time, the volume of taxes coming to the state treasury from the Centre’s Bodies and their Organisations, as well as participants of the AIFC, exceeded 17 billion tenge in the first 10 months of 2022. It is expected that by the end of 2022 this figure will reach 20 billion tenge and, accordingly, will cover the amount of funds allocated to the AIFC from the state budget over the past two years.
In addition, the AIFC fulfills the KPIs set in the Strategy significantly ahead of schedule.
By 2025, it is planned to attract $10 billion of foreign investment through the AIFC platform. At the same time, to date, the AIFC has already attracted about 7 billion US dollars.
The number of registered participants of the Centre should exceed 2000 by 2025. At the same time, more than 1700 companies are already working at the AIFC site.
The most important indicator is also the popularity of the AIFC jurisdiction: judicial and arbitration clauses are included in more than 7200 Kazakhstani and foreign contracts, the AIFC Court and the International Arbitration Centre (hereinafter referred to as the IAC) have collectively issued more than 1400 decisions.
The meeting participants were also familiarized with the audited annual financial statements of AIFC for 2021, for all three types of which positive financial results were recorded.