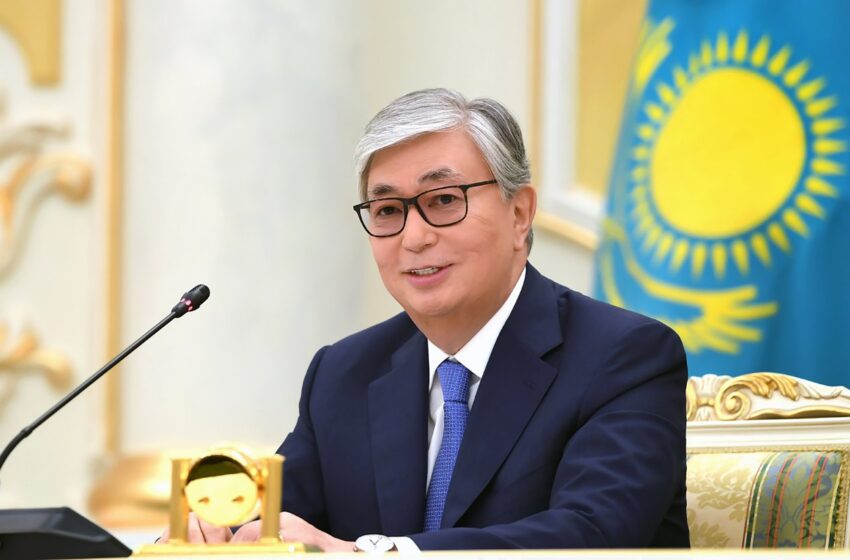 The President of Kazakhstan, Kassym-Jomart Tokayev, set new milestones for the next phase, titled strategic and radical reforms in all areas of economic, legislative, judicial and human rights life and the protection of Kazakh citizens from cyberbullying, stressing the need for changes in public administration approaches, employee policy, decision-making system, and responsibility on its implementation, stressing the need for modernization and modern development of all areas of life in his country.

The President Tokayev, delivered his annual Address to the Nation, announcing the start of a new stage of reforms.

The President began by noting that despite the necessity to tackle the pandemic and the resulting crisis, it should not obscure “distant horizons”, adding that the time has come for changes in approaches to public administration, personnel policy, decision-making system, and responsibility for their implementation.

He stressed that “carrying out such radical reforms will require a review of the activities of the entire state apparatus”, adding that “synergy in planning and implementing reforms is of great importance here”.

President Tokayev stated that the state planning system should ensure the mobilisation of all human resources, involve the private sector and society as full partners at all stages: planning, execution, evaluation”, noting that in terms of goal-setting, the result should be prioritised over the process.”

To implement the proposed reforms, the Agency for Strategic Planning and Reforms will be established, which will report directly to the President. The new Agency will include the Committee on Statistics and the Supreme Presidential Council for Reforms, whose decisions will be final.

The President also pointed out the need for changes in the legislative process and reform of the quasi-public sector, emphasising that “in a rapidly changing world, slow decision-making is becoming a threat to national security.” The President instructed to ensure a balance between the levels of legal regulation within the framework of the Concept of Legal Policy.

The Address focused substantially on economic reforms, an issue that has become ever more relevant due to the likely end of the “long oil supercycle”. In this regard President Tokayev stated that “the creation of a truly diversified technological economy is not just a necessity for us – this path has no other alternatives”.

At the same time, he focused on the fact that the economy should work to improve the well-being of the people, stressing that “we must find a positive answer to the growing public demand for a fair sharing of benefits from the growth of the national income and for effective social elevators.” According to the President, the new economic course of Kazakhstan should be based on 7 basic principles: fair distribution of benefits and responsibilities; the leading role of private enterprise; fair competition, opening up the market to a new generation of entrepreneurs; an increase in productivity and in the complexity and technological effectiveness of the economy; development of human capital, investment in a new type of education; promotion of the “green” economy, environmental protection and the adoption by the state of informed decisions and responsibility for them before society.

In modern conditions, investments are becoming the cornerstone of economic development, which leads to high competition in this area. In this regard, the President of Kazakhstan announced that “the main novelty is the stability of legislative conditions for the entire period of the project implementation”. Furthermore, in order to fix agreements between the state and investors, a new instrument will be introduced by the end of this year – a strategic investment agreement.

The Head of State said: “The government will have to determine strategically important industries, key export priorities, and significantly expand the toolkit of support measures. For strategic projects, it is necessary to envisage a package provision of in-kind grants, preferential financing, partial guarantees and export support mechanisms.” In addition, some of the capital expenditures of investors can be reimbursed through an offset against tax liabilities. The specific level of support will depend on the volume of capital investments and the priority of projects. The list of projects that will be included in strategic agreements will be formed by the Government by April 2021.

A key area for effective economic reform is the development of the transport and logistics industry. The President of Kazakhstan noted the successful implementation of the first stage of the Nurly Zhol programme, thanks to which the capital of Kazakhstan was connected with the regions of the country in a “sunray” system. The President also noted the measures to form a new infrastructure framework for the transport system and ensure the country’s integration into global transport corridors, thus restoring the historical status of Kazakhstan as a link between Asia and Europe.

The President also set a number of tasks in the field of monetary policy and overcoming the crisis of confidence in the tenge on the part of national and international investors. In addition, he instructed to conduct an audit of the Tax Code and by-laws. The objective is to radically simplify the fulfilment of tax obligations and minimise the number of taxes and payments.

He said: “The norms of international taxation require special attention. They should maximally stimulate the inflow of foreign investment and reinvestment of profits in Kazakhstan”, adding that there is a need to ensure reliable control over transfer pricing and capital outflow from the country.

Changes will also be made to the rules of engagement with the so-called “monopoly players”, both public and private, as well as to exchange trading, especially in the field of oil products, electricity and coal.

The Address also focused on the issues of law enforcement, judicial systems and protection of human rights. The Head of State said: “It is necessary to modernise the criminal sphere following the example of the developed OECD countries. We need a model that ensures timely protection of citizens’ rights and meets high international standards”. He instructed to introduce a three-tier model with a clear division of powers between the police, the prosecutor’s office and the court, concluding that “legality and justice must be ensured by default”.

To achieve these objectives, a representative Commission for the reform of the law enforcement and judicial system has been created under the Presidential Administration. Furthermore, the structure of the Ministry of Internal Affairs will be revised, and the Ministry of Emergency Situations will be recreated.

The President stressed that it is “critically important” for Kazakhstan to take new measures to protect human rights. “This problem is a priority for me,” he said.

Concluding his statement, President Tokayev said that in order to protect citizens from cyberbullying, especially children, it is necessary to accede to the Optional Protocol to the Convention on the Rights of the Child on a communications procedure. In addition, the Head of State instructed to improve national legislation to combat torture in accordance with the provisions of the International Convention against Torture and Other Cruel, Inhuman Acts, as well as improve procedures for investigating crimes related to human trafficking.

Overall, the major initiatives and tasks outlined by the President in his Address are aimed at the further modernization and dynamic development of all spheres of life of Kazakh citizens.