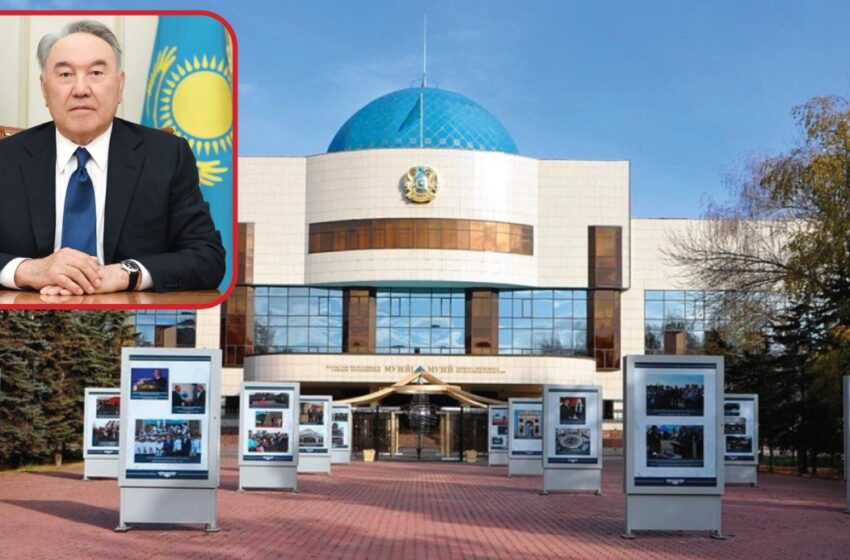 History of creation. “The Library of the First President of the Republic of Kazakhstan-Elbasy” was created on March 13, 2014 in accordance with the decree of President N. A. Nazarbayev in order to ensure the functioning of the personal library and personal archive of the President, to study the history of the formation and development of Kazakhstan, as well as to promote the ideas and initiatives of the President at home and abroad.

The Library is housed in a unique building, which was completed in March 2013. The author of the project is the famous British architect Norman Foster.

The total area of the building is more than 30 thousand square meters and it is a huge eye, looking into the sky. The appearance of the building according to the architect symbolizes the vitality of modern Kazakhstan.

Also in the library of the First President of the Republic of Kazakhstan-Elbasy printed and electronic publications and exhibits from the personal collection of N. A. Nazarbayev are gathered: gifts of heads of state and their official representatives, art and historical rarities. The collections of the Library also store rare, collectible and old printed publications: an album with sketches by Leonardo da Vinci, presented to the Head of State by the Ambrosian Library in Milan, the Koran, who was in space, handed over to the President by the Kazakh cosmonaut T. Musabaev, the collection of publications of the Holy Koran, “World History” of Schlosser, previously stored in the library of the Russian Emperor Alexander II, the Encyclopedic Lexicon of 1838 and others.

Personal archive. In the personal archives of the President are collected more than 130 thousand archival documents, unique biographical, creative materials about the official and public activities of the First President of the Republic of Kazakhstan. Of particular value are personal documents that reflect the stages of the life and activities of the Head of State: report cards, certificates, tapper’s pass, honorary diplomas, commendable sheets, mandates, deputy tickets, several parents’ documents and information about native lands, etc.

In addition, the documents from the personal archive reflect the process of formation of independent Kazakhstan, the Institute of presidency, state building of the new country, the new capital, the transformation of legislative and executive power, improvement of its administrative apparatus, achievements in socio-economic, political and cultural development.

The Library has 8 exhibition areas. For significant dates and historically significant events of the state, thematic exhibitions are held.

“Presidential” exposition reveals various facets of the multilateral personality of the President of the Republic of Kazakhstan N. A. Nazarbayev, introduces personal belongings, manuscripts, works, awards and titles of the Head of state.

The exhibition “Gifts of the President” is a gallery of gifts that were presented to the President in different years and are closely linked with the biography and activities of the First President. The exhibition includes souvenirs, weapons, table and fireplace clocks, sports equipment.

The interactive exposition includes an innovative educational module that reveals the ideas and initiatives of the First President of the Republic of Kazakhstan-Elbasy, his role in the formation and development of the Republic, the history of Independent Kazakhstan.

The analytical center of the Elbasy Library holds international events and forums to discuss the achievements and prospects of development of Kazakhstan, analysis of global problems related to the global initiatives of the Head of State.

The institution actively interacts with similar organizations and studies best practices of preserving and promoting the heritage of the great political leaders of Azerbaijan, China, the Russian Federation, the United States, Singapore, Turkey, France and other countries.

Projects. In order to educate the youth in the spirit of Kazakhstan’s patriotism, promote the creative ideas of the Head of State in the Elbasy Library, the social project “Ideas that change the world” is realized. Within the framework of this project, a training seminar, explanatory work on the content of the “100 Plan of the Nation” is held for the best students and schoolchildren of the Republic to implement the five institutional reforms”.