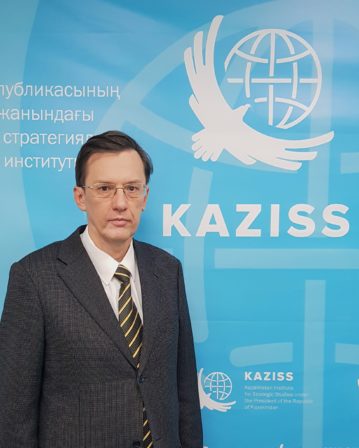 Kazakhstan has a favorable investment climate, which is confirmed by its spot in the global rankings, including the Global Competitiveness Index, Doing Business Index, Index of Economic Freedom. The presence of the leading international companies in the Kazakh market and statistics on attracting investment also proves this.

During the years of Independence, the inflow of FDI amounted to over $360 billion, according to the Rankings Agency. Over the past five years, Kazakhstan has attracted an average of about $21.3 billion annually.

In terms of relative parameters of attracted foreign investment, Kazakhstan is among the leaders not only in the post-Soviet area, but also globally, especially within the various groups of countries, to which the country belongs – starting from the most aggregated (such as developing economies in general or continental emerging markets) to regional or organizational groups.

– accession in 2017 to the OECD Declaration on International Investment and Multinational Enterprises, as well as obtaining the status of an associated member of the OECD Investment Committee;

– adoption in 2017 of the National Investment Strategy for 2018-2022, developed in cooperation with the World Bank, which provides for a significant increase in the inflow of foreign direct investment;

Kazakhstan’s achievements in attracting foreign investment have been recognised in the specialized studies of the investment climate.

The OECD wrote that “Kazakhstan has performed well in overall FDI attraction relative to the region, with the share of its inward FDI stock to GDP being higher than in most neighbouring countries.”

The U.S. Department of State in its review of the global investment climate wrote that “Kazakhstan has made significant progress toward creating a market economy and has achieved considerable results in its efforts to attract foreign investment.”

European Business Association of Kazakhstan (EUROBAK) Chairman Mark Smith said that “more and more investors are beginning to see the country as an attractive destination for direct investment.”

The author is Vyacheslav Dodonov, the Chief Research Fellow at Kazakhstan Institute for Strategic Studies under the President of Kazakhstan.