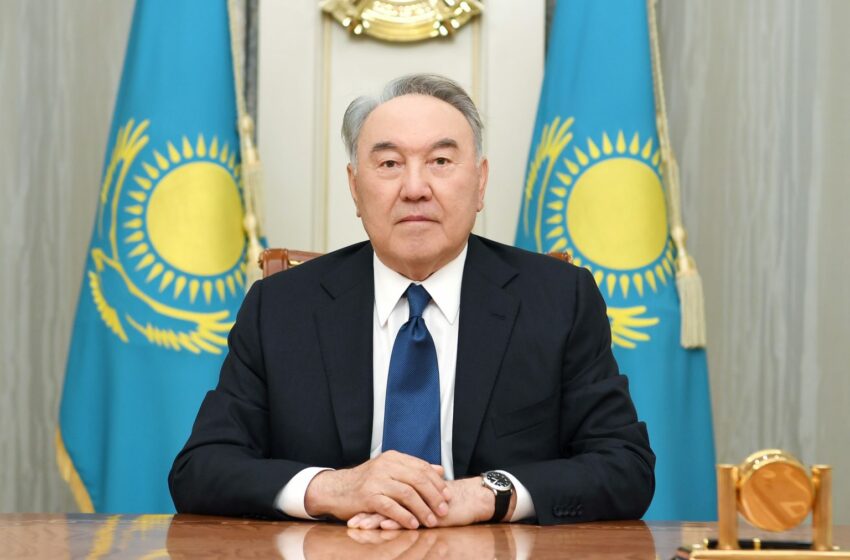 From now on, Kazakhstan’s name is an addition to any global event. That country that originated from the Soviet Union, made its image over just 25 years of history under the wonderful leadership of the first president and founder Nazarbayev.

As a leader, Nazarbayev has succeeded in embodying a number of qualities of the revolutionary family leadership that seeks to create values, make sacrifices, set goals, set state recovery as a top priority, pay attention to experience than ideology and meet the requirements of building the country.

Nazarbayev is a Kazakh model practitioner who succeeded in moving it from socialist economy to free market economy model, quickly adapted to the global community and embraced the slogan ′′ Economy First ′′ to consider the after-union Kazakhstan The Soviet. Such a pragmatic role depicts Nazarbayev’s focus on Kazakhstan unity and stability.

Kazakhstan today is not what it used to be. Let’s speak historically so that we can take over Kazakhstan. In the Mongol Golden era, Kazakhstan has lived ages of looting, raids, domination and divisions. For hundreds of years, Kazakhstan’s people have battled against Zongar, who have imposed massive taxes on Kazakhs and dealt with cruelty to all those who resisted it.

The state was also victimized by ongoing raids by Volga Calmix. The Kazakh people were on the verge of complete slavery and even extermination. They were only if they sought help from their neighbour, Russia, and in 1731, voluntarily joined Russia was signed. This led to the opportunity to build direct economic and cultural ties with the Russian people.

The story isn’t over here since the good opportunities didn’t last long. Instead, adversity is starting to pave its way in Kazakhstan’s political system. Russian projects like ′′ virgin land ′′ were not parallel to the interest of Kazakhs. Also, World War I crushed Kazakhs to a large extent because it was with the entire Soviet Union. Kunayev made the first revenge, the first secretary of Kazakhstan to be appointed by the Soviet Union. He moved his own forces and created the so called Alma-Ata riots in the late’s, the first to make the Soviet Union tremendous tremor.

Finally in 1991, after the dissolution of the Soviet Union, Kazakhstan became an independent sovereign state. On October 25, 1990, she declared her sovereignty full independence on December 16, 1991.

Sovereignty did not come alone but with many challenges of building one State, but at the same time it was an opportunity to make Kazakhstan’s decisions for the benefit of their country.

Kazakhstan is a central Asian country, it is very large located between Asia and Europe. This closed site gives economic and geopolitical opportunities in East and West, diverse and multidirectional. After independence, the capital has moved from Almaty in the south to Astana, in the middle. This rapid transfer to the capital was made due to the major urban boom led by Nazarbayev supported by increasing oil revenues for the state.

Developing her new capital Astana is an example of her architectural group. Massive buildings in Estana combine European and Eastern decorations, so visitors from most parts of the world find something similar to their homelands in Kazakh capital.

Another architectural style belonging to the greatness of Kazakhstan is the pyramid of peace. This pyramid expresses the spirit of 140 nationalities in Kazakhstan and a multi-ethnic state where different cultures, traditions and nationalities coexist in peace and agreement. It hosts a conference of leaders of world and ancient religions, and has an opera house, the National History Museum, the Center for World Religions Research, the Library of Spiritual Religious Literature, conference halls and exhibitions. Astana International Adventure Film Festivals are also held there. The name and its primary ingredient include peace and global friendly relations under one roof.

Also the Baytric Tower adds to the originality of Kazakhstan. The shape of the tower represents a poplar tree carrying a golden egg. The picture comes from a popular story of the tree of life, a basic symbol of a Turkish legend, the Samouk, the legendary bird of happiness, which is said to have laid its egg among the branches of the Poplar tree.

These are not the only things Kazakhstan offers you, the list is long and includes Akorda: Presidential Headquarters, Astana Opera House, Emerald Towers, Kazakh concert hall and lots more in Astana Surprise Basket. The story doesn’t just end here, Kazakhstan still collects lots and lots in its famous name. Hotel Abu Dhabi Plaza is one of the ready projects now, a project that will be one of its amazing antiques.

The material advantages of the state are not the only ones that must be dealt with but also focus on racial difference.

Ethnic diversity has given the people of Kazakhstan a unique challenge to the new regime and its ways in identity building policies. It is absolutely essential to highlight relations between Kazakhs and other ethnic groups living in the state, especially the Russians. The role of divisions between Kazakhs and the continuation between Soviet policies and independent Kazakhstan’s language methods was a point of interest and needed a healthy way forward by President Nazarbayev wisely.

In this regard, the 1995 state constitution emphasizes the will of the state to develop the cultures and traditions of all ethnic groups living in the state. Within the framework of this policy, each one of the officially recognized minority groups is the so called ‘ National Cultural Centre ‘, which was usually received some state funding and supervised by a major agency called ‘ People’s Assembly (Peoples) of Kazakhstan. ‘ ‘ ‘

According to the current constitution of Kazakhstan, the state guarantees human rights and strictly prohibits discrimination based on origin, social and official status, property status, as well as gender, race, nationality, language, religion, creed and residence. At the same time, violations of citizen s’ rights based on ethnic origin, ethnicity, language and religious affiliation are clearly stated in Kazakh criminal law and are considered major crimes. Indeed, the firm fact is that more than 130 ethnic groups live peacefully in Kazakhstan.

Also the language problem was given a comprehensive path that fits the state and its people. More than 80 percent of Kazakhstan’s native Russian or fluent speaking it, while 40 percent claim to speak the Kazakh language fluent. Kazakhstan’s 1993 constitution emphasized that Kazakh is the state language and that Russian is the language of ethnic intersecting society. In 1995, the constitution amended this situation and as Kazakhism continues to consider the state language, it also allowed Russian to be formally used on equal grounds in state agencies and local self-administered institutions.

One of the most important entrances to Kazakhstan’s economic transformation was the emphasis on privatization of the agricultural sector. The government’s decision to privatize much of the housing sector played an important role in empowering the development of the middle class. Currently, 80 percent of the economy is in private hands.

President Nazarbayev’s lush idea was ′′ Eurasia “. For Kazakhstan, Eurasia is one region where all ethnic, cultural and religious groups coexist peacefully through centuries of mutual trust, faith and understanding. Eurasia’s idea is based on the principle that Kazakhstan is located in Asia and Europe and plays the role of ‘ bridge between Asia and Europe ‘. Geography, Kazakhstan is an Asian country and only 10 % of its territory is located in Europe but geopolitical, geopolitical, geopolitical, and geographical historical it considers itself a European state.

The idea that it is an official Eurasian ideology that focuses on building peace, interdependence and unity among peoples based on the moral, spiritual, cultural and historical dealings of peoples of different religious, cultural and ethnic backgrounds.

By highlighting Kazakhstan’s material power, we show the readiness of the platform to plant new aspects and projects in Kazakhstan.

One of these achievements is the Expo 2017 World Exhibition which currently represents the main field of all developments. The preparations for the event have been made, the anticipated developments after the event are tremendous and of course it should be as predictable as its President Nizarbayev predicted. One billion euros is expected to be earned during this event.

Attracting investment is one of Kazakhstan’s state priorities. The government has started to commit to a series of reforms to improve the investment environment in the state and to make investment and economy policy parallel to international best practices. Tax exemptions, investment grants, statutory stability, etc, are reforms to increase investment opportunities in Kazakhstan.

During its development projects, Kazakhstan has established links with the Arab world. Among the agreements it has signed with Saudi Arabia include agreements and memorandums of understanding for $ 182 billion in joint agricultural projects. For Arab investments in Kazakhstan, it has gradually escalated since independence, including investments in the United Arab Emirates in the Republic of Kazakhstan.

Kazakhstan has seen a qualitative jump since 2005 to date, the most important of which is the Abu Dhabi Plaza project and the establishment of the Crescent Bank in Kazakhstan. It also guarantees the establishment of the farmer’s fund in collaboration with the WIPC exchange of $ 500 million capital. Kazakh investments in the UAE amount to $ 500 million.

Kazakhstan has not only thrived in economic, social and cultural aspects, but it was all possible when political stability was achieved, which was the main area of post-independence handling and the role Kazakhstan played in it, making it a model for transitional states. Kazakhstan has had to rise up from the hibernation of income disparities and a state democracy achieved to the highest level in a timely manner.

In order to make these investments a focus, I suggest that while the perceived perspective of the gentleman Nazarbayev can do in just 25 years to raise the state from scratch to a high level. And that’s really worth appreciating.