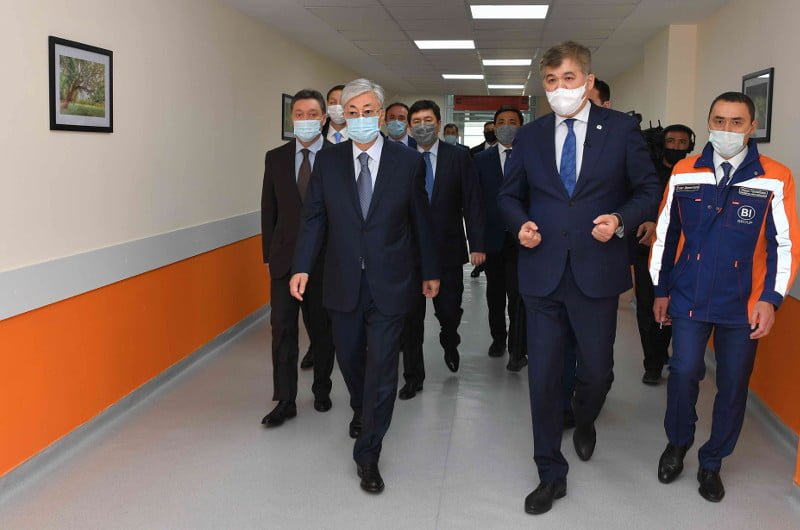 $13.8bn for the support of citizens and businesses

The Republic of Kazakhstan has announced the date of May 11 as the date for the end of the state of emergency for confronting the Corona epidemic (Covid-19). The President of Kazakhstan, Kassym-Jomart Tokayev, affirmed his country’s support to the international community in confronting and combating the epidemic, by taking comprehensive pre-emptive measures with all countries across the globe.

In preparation for the post-Corona crisis, the government and the National Bank will prepare a comprehensive plan to restore economic growth which will include support to the most affected sectors. Along with drug development, a vaccine approval firm the this disease will be given high priority and will receive significant government support.

In the President’s statement issued by his office regarding preparations for the epidemic recovery phase, the President said that the state has allocated $13.8 billion to support citizens and businesses affected by the epidemic, and that more than 4.2 million people have received financial assistance and more than 1.6 million people will receive state assistance to pay costs of public utility.

President Tokayev stressed in his statement that partial relaxation of quarantine measures cannot be considered at the present time as a return to a normal lifestyle. There is still a lot unknown about the virus, and there is still the possibility of a second global wave of the pandemic, so malls, entertainment, cinemas, restaurants, parks and other places that attract audiences will remain closed for now, and cancelledll the May celebrations to preserve the lives and health of citizens.

President Tokayev expressed great optimism in the coming days, explaining the reasons that make Kazakhstan more optimistic, he credited it to the stable economy and the country’s financial reserves, and the government’s ability to support the national institutions that have been affected. He said through the presidential statement further stated that the country has so far been able to move towards a better future, as Kazakhstan is currently preparing a specific vision for state development in another stage of challenges, endeavors and new horizons of the post-crisis period, for which the solution is yet to come.

The statement pointed out that tax incentives for more than 700,000 companies and individual contractors affiliated with small and medium businesses are passively pandemic, which will enable them to save more than $ 2.3 billion. Moreover, in order to avoid losing jobs and lowering people’s wages, a register of related companies has been created, where he will receive the necessary support.

The medical authorities in Kazakhstan expect that the number of COVID-19 infected people by the end of the current May to 4000 cases which is the sign of the success of government plans to tackle the epidemic from the beginning, most notably lack of complacency and firmness in dealing with all issues related to the subject.

The statement announced plans and programs to prepare for the post-Corona phase, where industrial companies, construction companies, road construction, transportation companies, banks and public service centers will start their work, provided that they comply with all health standards and carry out regular cleansing of workplaces.

Flights will also operate from May 1 between the capital Nur Sultan and Almaty, Kazakhstan’s largest city. Ultimately, the country is slowly looking forward to start the process of returning to normal life, while shopping and entertainment centers, cinemas, restaurants, parks and other crowded places to visit are closed, and distance education continues in universities, colleges and schools, in order to ensure public safety.

The presidential statement indicated that the difficult and necessary decisions that he had to make to prevent the spread of the virus in Kazakhstan were largely successful, as the epidemic does not grow significantly, and this is certainly an evidence that the implementation of quarantine measures six days after confirming the first case of the Corona virus in the country was the right move.