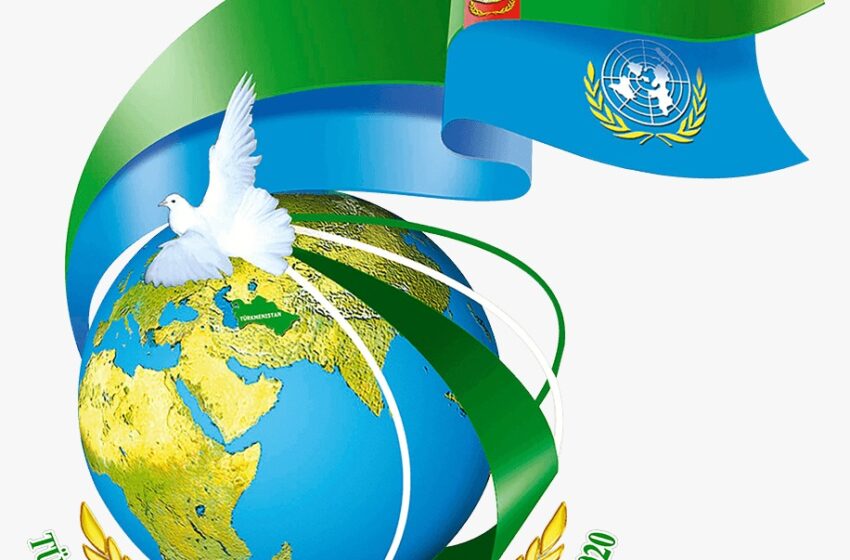 Today, Turkmenistan’s neutrality is a well-functioning mechanism that embodies an organic combination of the fundamental principles of international law and diplomacy.

It also incorporates constructive experience in peace dialogue and the implementation of preventive measures based on the promotion and implementation of large-scale initiatives aimed at strengthening international partnerships.

Turkmenistan’s ideas and initiatives played a very significant role in the joint consideration and adoption of agreed high-level decisions, including the development of documents of a conventional level, in such important areas as peace maintenance, security and sustainable development, regional cooperation and development, energy transit, expansion of international trade and economic relations, strengthening of transport and communications infrastructure, deepening humanitarian ties and other areas.

In this regard, it can be considered that the symbolic reference point of Turkmenistan’s foreign policy of a qualitatively new level was the keynote speech by the President of Turkmenistan at the United Nations General Assembly in New York in September 2007, the defining meaning of which were the following words: “Turkmenistan is open to the world today, open for wide international cooperation in all areas. Together with the Community of Nations, our country is ready to continue working in the name of affirming the principles of international law, the ideals of humanism, justice, tolerance and mutual respect as factors that determine modern relations between states. “

On December 12, 1995, the United Nations General Assembly unanimously adopted a resolution that recognized the permanent neutrality of Turkmenistan with the support of 185 countries Member, and in 2017, the world body recognized December 12 as a global day of neutrality to promote peace and security in relevant regions and to develop peaceful, friendly and mutually beneficial relations between the two countries.

The General Assembly’s decision about 25 years ago comes to recognize Turkmenistan’s permanent stand and to confirm the role of this country to this day in embodying the theory of permanent neutrality that has contributed greatly to strengthening the position of this country locally, regionally and globally. Throughout these 25 years of hard, effective and productive work regionally and globally, Turkmenistan is the first and only country to have obtained a legal status of neutrality, which is the basis of this country’s foreign policy.

Here, we can say that the adoption by the United Nations marks the anniversary of the silver jubilee of Turkmenistan’s neutrality in 2020 and is a proud moment in the great and pioneering achievements of this country for the victory of peace, credibility, humanity, and cooperation for the progress and prosperity of people.

The declaration of the Turkmen President in 2020 is to be a year of neutrality in his country, to confirm the unique symbolic connotation not only for the people of Turkmenistan but for the whole world.

This land of friendship, peace, and trust for 25 years is the age of Turkmen neutrality.

In this context, the President of Turkmenistan Gurbanguly Berdimuhamedow confirms that the memory of the silver jubilee of his country’s neutrality, which falls during December of the year 2020, comes in light of his country’s commitment to peace, good neighborliness, respect and mutual understanding with all friends and partners in the global community, and emphasis on developmental programs of the state and society together.

President Berdimuhamedow believes that the sure path towards broad and multidimensional international cooperation provides opportunities for optimism and that his neutral and peaceful country will do everything necessary to promote peace and security on our planet and to contribute to the development and progress of human civilization.

The Turkmen state has clearly defined the main objectives of the foreign policy of its neutrality and has set the desired goals, with the aim of strengthening Turkmenistan’s independent role in the world, and taking relations with other countries and international organizations to a distinct new level.

Hence, it can be said that the clear features of development in the growth of Turkmenistan are closely related to the prosperity of the people and the state together so that the latter merge into the global scientific space.

The matter is clear and underscored by the United Nations support for the Turkmen government policy, which supports the strategic path of the government of Ashgabat and its foreign policy. As Turkmenistan chaired the CIS conference in 2019, this strengthened Turkmenistan’s organization of important events aimed at achieving peace, security and sustainable development.

The activities that started in Turkmenistan since the beginning of this year 2020 indicate that the state is moving in a clear-cut path, but rather a strong example of the peaceful and constructive foreign policy of the government of this country, which seeks to achieve comprehensive development and prosperity of the Turkmen people.

With a simple extrapolation of the policy of the Turkmen government, we believe that the year 2020 will have a distinct and different nature from the previous years, through the intensification of seminars, workshops and informative and informational meetings on the efforts and programs of the Turkmen government aimed at expanding the scope of integration into the international community and strengthening the role of Turkmen neutrality as an important factor in ensuring security, stability, regional development and the overall progress of the country, without a doubt. The main event will be the high-level international conference, which will be held in December 11-12 this year in the capital, Ashgabat.

The activities, events, and arrangements for the global celebration of neutrality in December appears to be proceeding smoothly throughout the country, indicating great confidence in marching towards a bright future, and promoting steps and programs for progress in politics and economics. Expectations show that more accomplishments will be achieved by this unique and distinguished history so that 2020 will be a year of remarkable achievements and victories!

The Turkmen state implemented major reforms during the year 2019, while several huge economic projects started, for example, the start of work in the only global factory to produce environmentally friendly gasoline from natural gas. Apart from this, new schools, kindergartens, streets, water purification plants, and many other facilities were opened in the capital and other regions providing thousands of job opportunities.

Currently, reforms are being made in the agricultural complex, where farmers have achieved abundant agricultural crops that amounted to more than 1,651,000 tons of wheat and more than 1,060,000 tons of raw cotton, in addition to an abundant production of fruits, vegetables, and crops. The other, as well as medical facilities, have been built in the capital and regions under the slogan “the state for the human being.”

The state also pays great attention to developing the field of education, rationalizing physical fitness and spiritually developing youth with long-term plans, programs locally, regionally and internationally. Among other achievements is the development of national culture and the protection and promotion of our heritage, through the inclusion of national carpet art in the UNESCO list of intangible human heritage, bright evidence in this field.

At the beginning of the year 2020, the government implemented an increase of 10 percent of salary wages for all workers in budget and self-sufficiency structures, public organizations, pensions, and scholarships for students, in order to achieve the well-being of members of society and improve social and living conditions.