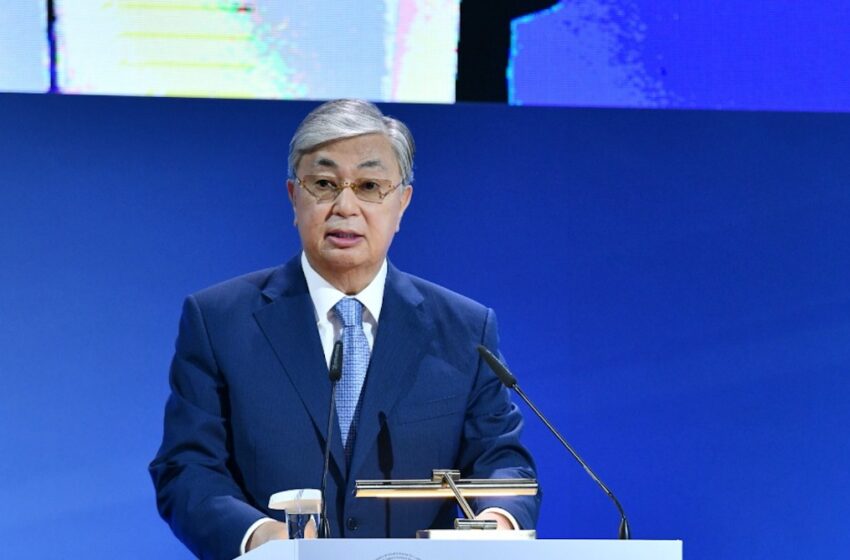 The first state-of-the-nation address Sept. 2 from President Kassym-Jomart Tokayev underlined how Kazakhstan is confidently beginning the next stage of its development. On the economy, public services, quality of life and political reform, there were ambitious plans to drive the country forward.
There was a commitment – backed by concrete policies – to tackle inequality and ensure that all shared in the country’s growing prosperity. There will be a more determined effort to close the gap, whether it is by raising incomes or improving health and education services in rural areas.
Communities, too, are to be helped by new investments to expand the supply of drinking water and to offer modern sanitation and gas to homes across the country. The new policies to increase the supply of affordable homes and, importantly, to ensure fairness in the way they are allocated, will be widely welcomed.
There was investment as well to boost agricultural production, including through a huge increase in irrigated land. Ensuring start-up businesses are not strangled in red-tape and inspections should provide a big boost to jobs and innovation.
But it was perhaps in the commitment to step up political reform that the clearest signs that Kazakhstan is entering a new stage of our journey. It is a change of emphasis, which reveals a real confidence in the future and how far the nation together has come.
For as our country worked to overcome the many challenges it faced in the first tough years after independence, precedence was given rightly to economic progress over political modernisation. Those questioning this approach only need to look at many recent examples around the world of what can happen if political liberalisation is rushed or comes before citizens have an economic stake in their society. The result too often is not more democracy but more chaos and violence.
Nothing will be done to risk all that Kazakhstan has achieved in the last three decades. But while there is, of course, more to do on the economy – and no room for complacency when global growth is slowing and uncertainty is rising – independent analysts are increasingly confident Kazakhstan is firmly on the right track. This hard work explains why the time has arrived for a greater priority for gradual but steady political reform.
Indeed, it is telling that President Tokayev has gone further by suggesting that to build on his predecessor’s illustrious legacy depends on such a move. The sustained economic progress the country needs to achieve its goal of joining the top 30 most-developed countries, he said, requires political reform.
What was clear, as well, was the direction he saw these reforms taking. The aim is a modern and effective ‘listening’ state – responsive to the concerns and ambitions of the Kazakh people and, in turn, providing them with the opportunity to find solutions to the challenges the country faces. It is a political process in which a genuine two-way dialogue was not just encouraged but essential.
This is to be achieved by further developing Kazakhstan’s multiparty system, strengthening civic society and building on the promising initial work of the National Council of Public Trust. In his address, President Tokayev made clear that he believed a modern country should not fear differing opinions. Such diversity, provided the views were expressed constructively, could add to the long-term strength and stability of a country, he suggested.
There was an emphasis, too, on the individual and ensuring their rights were respected. Time and time again during his speech, President Tokayev showed that he was on the side of the citizen – whether it was against the indifference or inefficiency of a government body or an over-reaching official. He announced new mechanisms to ensure government, national and local, was more responsive to its citizens and to enhance the rights of the individual.
The aim, he said, was a strong President, an influential parliament and an accountable government. Last week showed Kazakhstan has made a good start in reaching this goal.