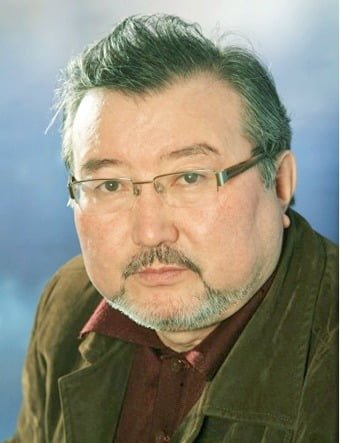 Chairman of the Union of Writers’ of Kazakhstan

The young capital of Kazakhstan is known globally for its international initiatives – the Congress of Leaders of World and Traditional Religions, the International Specialized Exhibition “EXPO-2017”, the Astana Economic Forum, as well as international festivals of culture, art and literature.

The First Forum of Asian Writers initiated by Kazakhstan, which will be held in Nur-Sultan on September 4-6, has no precedent in our country or other countries histories throughout the entire Asian continent. For the first time, representatives of 38 Asian countries, such as China, India, Russia, Iran, Japan, Turkey, Saudi Arabia, the United Arab Emirates, Israel, South Korea, along with countries of Southeast and Central Asia and others, will take part in the international event.

We hope that the Forum will become a platform for a broad discussion of pressing issues surrounding the development of Asian literature, and an integral and important part of the modern world literary process. We also hope that it will play an important role in the consolidation of Asian writers, the establishment of spiritual, moral, and humanistic values, and the popularization of books and reading as a necessary component in the formation of personal and social ideals.

The words of the great Kazakh poet and enlightener Abai, who urged not to succumb to life’s vanity and its conjuncture, but to follow the divine destiny and affirm high truths, remain an order for modern writers. “Poetry is the master of language!” said the poet:

“Mortals have long been striving for poetry,

But only the chosen one is crowned with glory,

The one whose golden thought is given

Shine the verse with a silver frame. “

The Asian Writers’ Forum is taking place in preparation for the celebration of the 175th anniversary of Abai, whose 150th anniversary was celebrated by the global community under the auspices of UNESCO. Admirers, including President Kassym-Zhomart Tokayev, have launched the initiative of reading Abai’s poetry by representatives of different countries in different languages, which will fill the ether with his harmonious stanzas. The figure of the great thinker and poet stands alone in a vast colossus in the expanse of the Great Steppe of the late 19th century. However, it was Abai who with his creativity built a bridge over the centuries, combining modern Kazakh literature with both the oral folk tradition of Talgau and epics, with the written tradition of the medieval Arab Muslim East. He saturated his poetry, Words of Wisdom, with knowledge of the creations of Omar Khayyam, Rudaki, Nizami, and Firdousi.

“Where did we come from? Where do we turn our way?

What is the meaning of our life? It is incomprehensible to us.

How many clean souls under the azure wheel

Burns to ashes, to dust, but where, tell me, is the smoke? –

Are we not today still puzzled by these eternal questions about life and death, the meaning of human existence?

Abai translated the works of Russian classics Pushkin, Lermontov, Delvig, Polonsky, and Bunin. Through this great example, we understand that only through translation can we understand each other, become interesting and necessary to each other. Within the framework of the state program “Rukhani Zhangyru” – the Spiritual Revival, under the project “Modern Kazakhstan Culture in the Global World” – Kazakhstan made an unprecedented literary gesture to the East and West through the translation of two volumes of the ‘Anthology of modern Kazakh poetry and prose’ into six UN languages: Spanish, Chinese, English, Russian, French and Arabic. We will take the opportunity to make creative connections that will provide new understandings of each other. After all, translation is always a two-way movement!

It was a Kazakh translator who published the book of the Nobel Prize nominee for the South Korean poet Ko-Un in Moscow. Similarly to the books of ancient Korean poets, these are in great demand. I will quote the lines of Ko Eun:

What I was thinking

Somewhere in the world someone

Also thought about it.

What I’m thinking about right now

Somewhere in the world someone

He also thinks about it …

Of the countless strangers …”

Today we have the opportunity to think together, in unison, and exchange our thoughts and become famous ‘companions’ to each other! Indeed, the blood of poetry moves through interconnected vessels!

We are pleased to announce that at the Forum’s plenary meeting, which will be held at the Congress Center – EXPO-2017, famous Asian writers, such as the nominees for Nobel Prizes, Moza al-Malki (Qatar), and Mand-OOEO (Mongolia) will make statements with Ko Eun, the twice winner of the international literary prize of South Asia, Suman Pokrel (Nepal) and others.

The program of the forum also includes lectures by eminent participants in the format of ‘ASIAN LITTalks’, the opening of the ‘Writers Alley’, a creative meeting of representatives of Central Asian countries and young writers, and the signing of the “Book of Confidence”, a bilateral memoranda between writers’ unions and other delegates.

The product of the forum will be the address of the forum delegates to the heads of state and governments of Asia on the development of Asian literature and proposals for supporting literary projects.