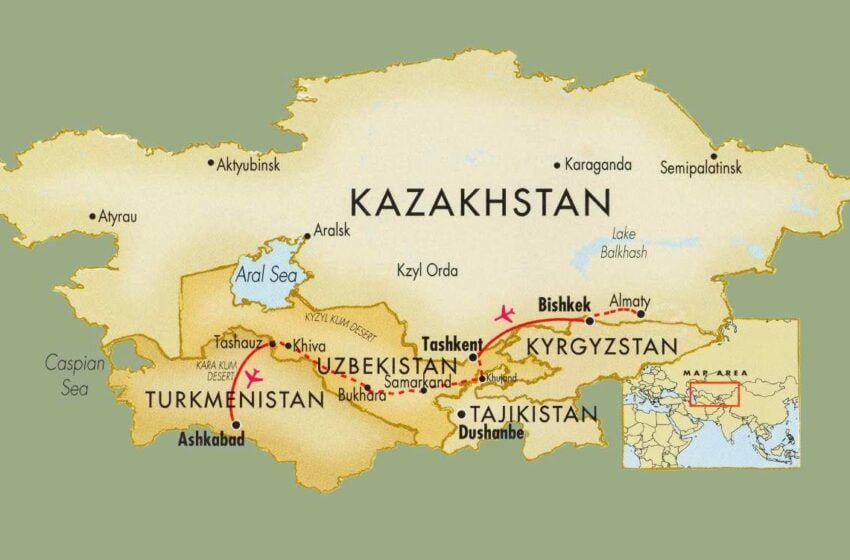 A multifaceted region, it brings together a historical heritage of two very different civilisations, the settled urban one and the nomadic one of the Steppe. The latter was created by the social, economic and cultural exchange at the time of the Silk Road, with a primeval and wonderful nature combining ever-snowy mountain peaks with vast steppes, hot deserts and cool rivers. The region is also the most populated one in the country, with a living traditional culture and a vibrant local economy attractive to traders and investors.

At present, it represents the unique complex of historical, architectural, and town-planning memorials. The region’s ancient culture, dating back thousands of years, ravishes with its unique complexes of archaeological sites and medieval architecture.

Kazakhstan expects to benefit in major ways from the New Silk Road. Kazakhstan expects 30 million tons annually of freight being funneled to its section of the Western Europe-Western China corridor. The initiative targets to improve this by accelerating the flow of goods, services and people throughout the region to promote cross-border collaboration and trade.

Gulf region is of key importance for Kazakhstan in maintaining growth in foreign trade, so Kazakhstan and other countries are making every effort to create a transcontinental transport link between Central Asia and the Gulf region.

As a part of the strategy of the New Silk Road, the Kazakhstan Temir Zholy national railway company has already established a partnership with Dubai Port World (DP World) to design a general line of vehicle interaction with the seaport of Aktau and its linkage with the Khorgos-East Gate project in the organization of global supply and the integration of Kazakhstan’s infrastructure services into the world trade and transport chain.

The new Silk Road ostensibly rests on Kazakhstan for being a crucial middle passage that makes the Europe Asia connection possible.

At the same time, the favorable location of Kazakhstan creates a transcontinental transport link between Central Asia and the Gulf region as it is very important for growth in foreign trade because Gulf region is the epicentre of interests for a growing number of shippers in Asia and Europe.

The high demand for food products in the Gulf endeavors the expansion of Kazakhstan’s export potential..

Kazakhstan’s President Nursultan Nazarbayev, speaking at the World Islamic Economic Forum in Dubai in October, noted that more than 10,000 km of roads and 2,500 km of railways have been built and rehabilitated in Kazakhstan, so the distance between China and the Gulf has been reduced by 1,200 km. It is 120 nautical miles or 221 km from the port of Bandar Abbas to the UAE’s Hamriyah port. Thus, the total developed length of the new Silk Road from Kazakhstan to the Emirates is 3,377 km.