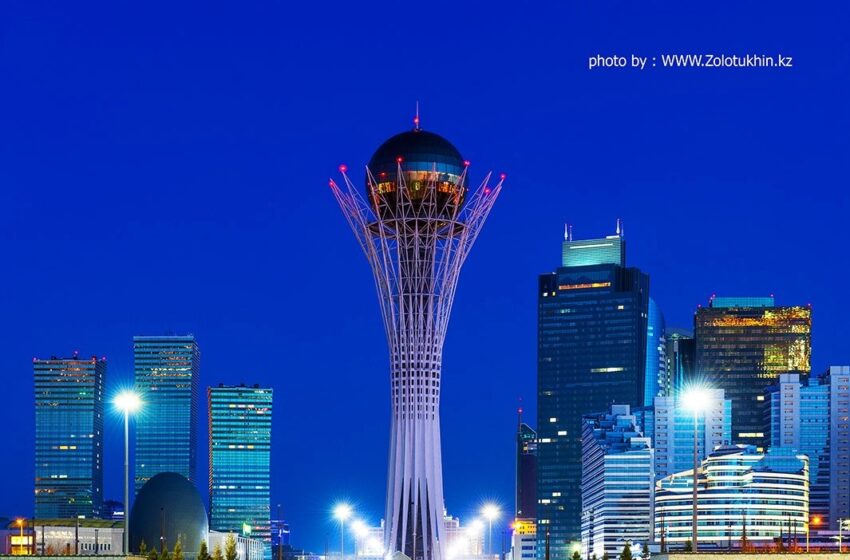 Maybe he didn’t think of anything but Number A little Of People That Akmola Area Located on the banks of the river Cecil In 1830, which was embracing about 2000 people, Become Days What City Modern Major And focused Financially a pioneer and a station Transport and communications strategy.

In the 19th century, the city had only a few schools, places of worship and some factories, and today the capital of Kazakhstan became one of the largest trading centers in Kazakhstan with more than 150,000 small and medium-sized companies in the city.

Of course, it wasn’t even akmula. 01 January 1997, Has Replaced the capital First Almaty And after Six Months Almost, Was Change Name To Astana While The capital is currently living Her celebrations for her birthday Twentieth As the capital of Kazakhstan.

In 1999, Astana achieved its first recognition, when it won the “City of Peace” medal by UNESCO, having achieved success Great In Areas of development Of social And economic And political And Cultural Rights, As well as About Strengthening Cooperation Between The Races And religions.

Astana has certainly succeeded in promoting racial harmony with the availability Several Of Of religions, With Enjoyed City In harmony Between The Races Harmony Love But And not Of Such as The coincidence That Experiencing Astana Year 2003 Moment It’s important Other In History Which is Embrace them For the first Conference For leaders Of religions The Global And Traditional, , Which Collect Between More Representatives Of religions The Global Influential In Capital Kazakhstan.

This forum continues its efforts to date in playing a central role in building bridges and spreading messages of tolerance and peaceful coexistence, while Astana is currently preparing to Receive Religious leaders In World Time Other During the month of October Next.

During its history and its path of shining it hosted Astana Number Of The events Important, Lvd Year 2010 Hosted First Summit Of the organization Security And cooperation In Europe In Century First And twenty Luffy Year 2011, It’s To It’s With Almaty Session Games Asian The winter Seventh, That Have become First Happened Major Multi Sports In Kazakhstan.

On 22 November 2012, the International Exhibition Office (BIE) elected the Kazakh capital to hold the International specialized exhibition 2017 Expo titled “Taqa The future, “as he visited Four Million Person Of All Throughout World.

Over the past 20 years, Astana has seen many important moments, the latest being the launch of the Astana International Financial Centre 2018 and the opening of the new light rail transport system.