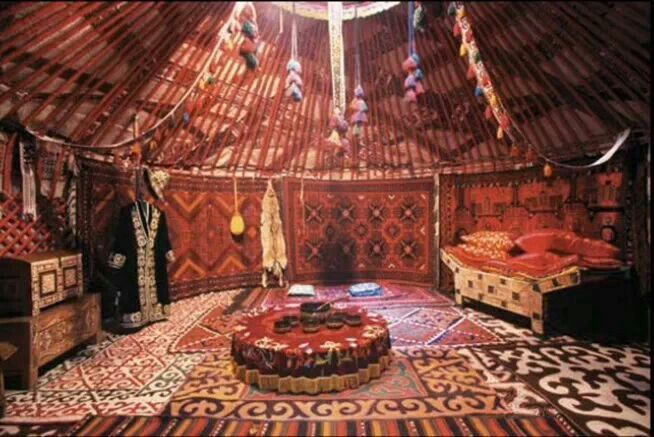 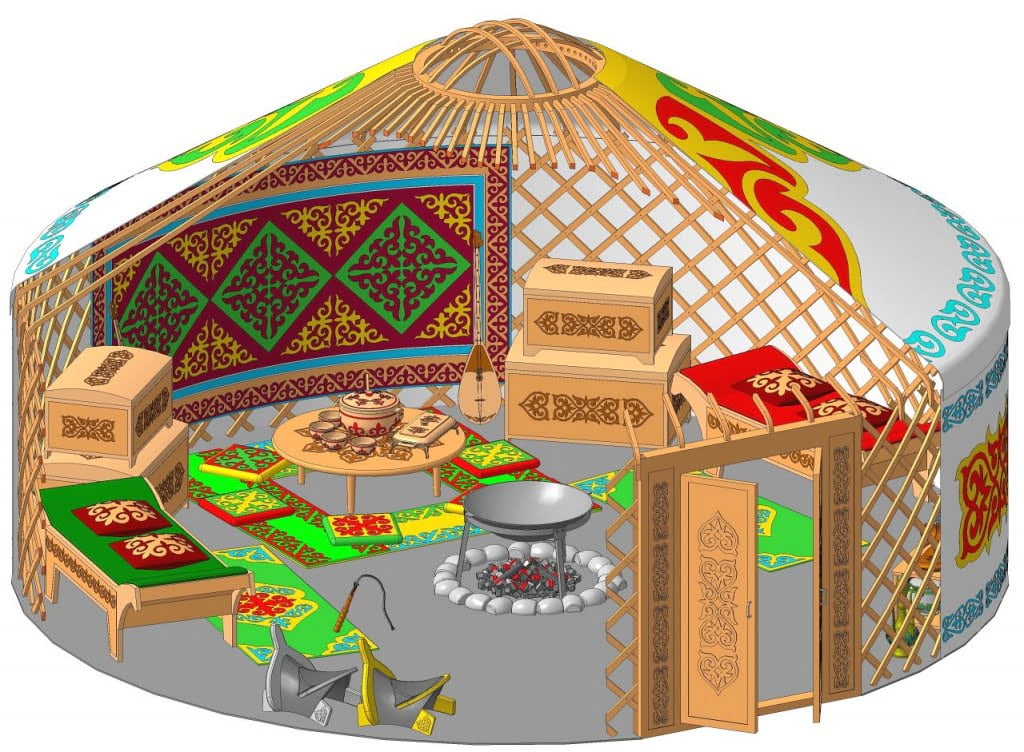 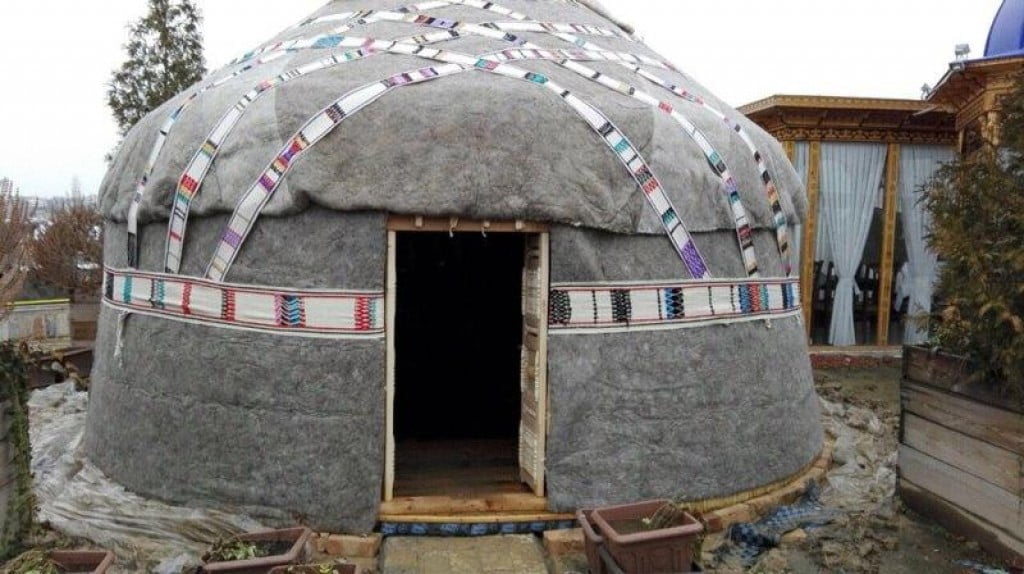 Yurts are home to the Kazakh people in every sense of the word. A convenient and practical dwelling that is easy to construct, deconstruct, and load onto a camel or horse for transport across the steppe, the yurt is an unmistakable symbol of Kazakh culture and that of other Turkic nomadic peoples.

Yurt as a house was very comfortable in summer, but in winter during the severe frosts, winds, which often tore off the felt cover and frame, the life conditions were very difficult.

The word “yurt” itself can be translated as homeland, fatherland, or even people. Also, in Kazakh culture, the yurt represents a certain model of the concept of the universe.

Modern yurt design can trace its roots back to the huts of primitive peoples and later the tents of the nomads. Yurts as they are today were seen starting about 1,000 years ago, as evidenced by various drawings and manuscripts of travelers from China, Iran, and other Asian countries.

This type of dwelling was widely seen not only in Kazakhstan, but also in Turkmenistan, Mongolia, Altai and the Republic of Tuva (belonging to the Russian Federation), and Kyrgyzstan, where it is still used today on the high mountain pastures. Each region’s yurts were unique and had their own characteristics and names. In Kazakhstan, for example, yurts are lower to the ground due to the strong winds on the steppe.

The Kazakh yurt consists of three wooden elements: “kerege” latticework makes up the walls, poles called “yuk” (or “uuk”) form a dome-like structure, and a round rim known as “shanyrak” serves as the top of the yurt and is a skylight and a hole for smoke. Yurts have such importance to the Kazakh people that shanyrak are depicted on the National Emblem of Kazakhstan.

The main material in yurt construction has always been willow wood, although rich nomads built them from birch. Once the framework is constructed, a felt cover provides protection from wind, rain, and snow in winter and the scorching sun and dust of summer.

Yurt assembly is generally done by women—a team of 2-3 people can complete it in about an hour. First, a door frame is installed to which the kerege links are attached to gradually close the circle. A typical yurt consists of six “kerege” links, but the wealthy could install as many as ten links.

The second step involves a man standing in the center of the yurt holding a shanyrak on a high pole. Shanyrak have a set of square holes around the rim into which the “yuk” poles are inserted—the other ends are tied to the circle of kerege. The first 3-4 poles are initially erected to secure the dome, then the rest are added around them.

The joint formed by the kerege and yuk are covered with a special strip of fabric in order to give additional rigidity. After everything is fastened, felt is used along the walls of the yurt.

The canopy is tied to the door and the dome is covered with two large cuts of felt to form a roof. Rope is wrapped around the entire structure several times to provide more strength to the felt walls. Finally, a special felt lever is attached which can be pulled over the shanyrak in case of rain.

The entrance to the yurt always faces south, so that the nomad can determine the time and plan his day based on the sun. To either side of the entrance is a place to store household goods. A woman’s things are kept on the left—dishes and various foods. A man’s stuff, weapons, saddles, and tools, are kept on the right. A fireplace is situated in the center of the yurt, right under the shanyrak. Above this fire, a tripod for the boiler is installed. To the far end, there is something of a warehouse for the nomadic family’s property—it is here that guests are customarily sat. When the sun sets across the steppe, beds are laid out. The elders of the family sleep to the right of the entrance while the younger ones are placed on the left. The floor and walls of the yurt are covered with carpets for comfort.

Yurts are rarely seen in Kazakhstan today as cities have gradually replaced nomadic traditions; they can still be spotted, however, even in the city, as a tribute to the ancient culture of Kazakhstan.