Arman Isagaliyev, Ambassador of Kazakhstan in Cairo, met with H.E. Dr. Khaled Abdel Ghaffar, Minister of Higher Education and Scientific Research of Egypt. The meeting was also attended by Dr. Muhammad Shahhat Al-Jindi, rector of the Nur-Mubarak Kazakh-Egyptian University of Islamic Culture, this reporter has learnt from the press service of the Kazakh MFA. During the conversation, the Kazakh diplomat informed the Minister about the reforms in the field of education and science carried out by the Government of the Republic of Kazakhstan, and shared the latest achievements of the leading universities of Kazakhstan. By mentioning that Kazakh universities occupy high places in the world education rankings, ambassador Isagaliyev emphasized interest of Kazakhstan in expanding mutually beneficial cooperation with higher education institutions in Egypt. In this context, the parties discussed the project of opening a branch of the Al-Farabi Kazakh National University at the Galala Academy as well as the invitation of Egyptian students to study at various universities in Kazakhstan. In addition, in order to further develop the Kazakh-Egyptian University of Islamic Culture «Nur-Mubarak» and turn it into a regional university, the issues related with increasing assistance from the Ministry of Higher Education and Scientific Research of the Arab Republic of Egypt were considered. In turn, Minister H. Abdel Ghaffar, highly appreciating the active development of cooperation between Kazakhstan and Egypt, expressed interest in implementing breakthrough projects with Kazakhstan in the field of education and science. He warmly recalled his working visit to Kazakhstan in September 2017, during which he was acquainted with the educational system and the achievements of universities in our country. At the same time, he did not hide his admiration for the capital of Kazakhstan – Nur-Sultan city, as well as Nazarbayev University, which he was able to visit.

How many people employed in Kazakhstan 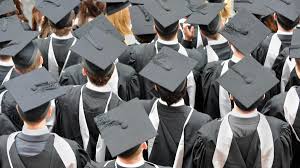 CG of Kazakhstan and University of Sharjah Discuss the Educational Relations